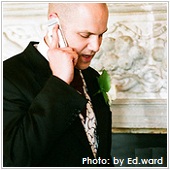 Choosing the Right Smartphone for You

With so many smartphones out on the market these days, many would-be users find it difficult to choose which one works best for them. There is no right brand or model, only the right set of features for the intended use. Here are a few tips that might help confused buyers consider the right smartphone for them. For many people these days, smartphones have become more of a necessity than a luxury. Being able to stay in touch through constant access to the internet and the thousands of mobile smartphone applications available has made smartphones an indispensable tool. But with the boom in smartphone use, there also comes a conundrum for many: Which smartphone should I get? With so many choices out there, it’s becoming difficult and confusing to pick the right one. Here are a few quick and simple tips that you might find useful when canvassing the market: 1. Know what you want. What do you need a smartphone for? Each handset has its own strengths and weaknesses. There are smartphones that integrate email and web browsing and put more focus on multimedia such as audio and video – while there are other no-frills, no-nonsense models that trim features down to those that are the most basic and essential. 2. Consider your carrier. Carriers are important because there are some smartphones that are only available with certain carriers, or carriers that limit certain features of a particular smartphone. You do have the option of getting an unlocked phone (meaning the device does not come with carrier requirements), but this has its own set of pros and cons that you have to weigh as well. 3. Get a feel for your choices. Nothing beats actual experience, so visit local stores to get the physical feel of each phone. Is the keypad big (or small) enough for you? Is the device too thick or too thin? Do you like the user interface or is it too complicated for you? These are just some of the questions that you can answer once you get an idea of how it actually feels to use them yourself. 4. User feedback is important. Talk not only to sales people but also to other people you know. Your friends and acquaintances have actual experience with various smartphones, so ask them what concerns and issues they have with their particular models. If you have additional inquiries about how you can better use your smartphone for your business, please give us a call and we’ll be happy to assist you.

END_OF_DOCUMENT_TOKEN_TO_BE_REPLACED

A  Smartphone is lightweight and portable, making it very prone to accidental drops. Not only do you risk damaging the phone itself, you also risk losing valuable data stored in the device. Many businesses all over the world issue Smartphones to their employees. While they can seem expensive for many small to medium-sized business owners, with the greater amount of work done at a faster pace, Smartphones are an ideal business solution. However, since Smartphones are lightweight and portable they are carried around everywhere, making them very prone to accidental drops. Despite the advances in technology, some Smartphones are more prone to damage than others. Touchscreens are generally more susceptible to damage because they usually don’t have an extra layer of plastic on their screens. And when these devices are damaged, not only do you incur the cost of repair or replacement, you also risk losing valuable data that’s stored in them. So, should you spend more to protect your employees’ Smartphones? Some people think it depends on your industry. According to Tim Doherty, research analyst for small to mid-sized business markets at research firm IDC, most blue-collar employees should be provided with protective cases for their Smartphones since their work environments are more likely to be physical in nature. Equipping these employees with cases like the OtterBox or rugged devices such as those being offered by Motorola is a good move. Meanwhile, according to Doherty, white-collar employees using Smartphones only have “a moderate risk of drop or damage” because they usually put their devices inside their bags or pockets. Still, providing these employees with “a basic rubberized case makes a lot of sense,” adds Doherty. He also adds that providing cases lessens “the company’s liability to replace damaged devices.” Some analysts think, however, that cases citing damaged Smartphones due to accidental drops have been exaggerated. Analyst and Partner Michael Gartenberg of Altimeter Group believes that cases can protect and personalize your Smartphone, but he does not agree that these cases are essential accessories. Gartenberg claims that, “Most phones are rugged enough to handle the usual bumps and abrasions of everyday life and most screens are quite scratch resistant.” He adds that normal maintenance will ensure that most Smartphones work well. In addition, Gartenberg believes that if users are aware that their Smartphones have additional protection, they may tend to be less careful when using their devices. Still, Tim Bajarin, President of Creative Strategies, a firm that provides industry analysis for the technology sector, believes that a Smartphone case “isn’t much of an investment . . . yet it can go a long way.” As Bajarin says, we should treat these cases as insurance. With just a little extra expense, you not only protect a $200 to $300 Smartphone, you may also save your business from a loss of thousands of dollars worth of data stored in a single device.

END_OF_DOCUMENT_TOKEN_TO_BE_REPLACED

Hold on to your mobile devices: IDC predicts 20.9% growth in smartphone sales from 2009 through 2013. Symbian and Research In Motion (RIM) remain the market leaders, but you can be sure that competition will intensify with giants Microsoft , Google and Apple in the mix. A few weeks ago, Microsoft announced the release of Windows Mobile 7 , officially named Windows Phone. The announcement, made at the Mobile World Congress in Barcelona, came soon after the debut of Apple’s iPad. Early hardware partners were announced, including Dell, Garmin-Asus, LG, Samsung, Sony Ericsson, and HP. While hesitant to give any specific dates, Microsoft says to expect Windows Phone handsets to hit the shelves “in time for the Holiday season of 2010.″ Business users will find the ”Office” particularly interesting: a center where users can access Office, Outlook, OneNote, and SharePoint Workspace on their mobile device. A feature called the “Marketplace” will also be useful, allowing you to easily find and download certified applications and games. Meanwhile, news has been circulating recently on websites such as The Wall Street Journal , Mashable and VentureBeat about Google’s plans to sell third-party software for its Android mobile platform. While an app store for their smartphone OS has existed for some time, many have criticized it for not being business ready, with its lack of a more stringent review and vetting process for apps. However, all that’s expected to change with the launch of a new app store completely filtered for business-ready apps . You can be sure that Symbian, through its sponsor Nokia, is not taking all of this sitting down. Soon, you’ll be able to download the popular VoIP product, Skype, for free from Nokia’s Ovi Store . The app will work over a Wi-Fi or mobile data connection – GPRS, EDGE, and 3G – and you’ll be able to call, instant message, text message, share photos and videos, receive alerts when your contacts are online, and import a phone’s address book. Not to be left behind, RIM also made a recent announcement of its plans to develop a new browser for its Blackberry products. Many have felt that the company’s products has been outperformed by the competition in terms of its web capabilities and UI. With this announcement, it’s believed that the Blackberry will finally have support for websites with AJAX, CSS, and HTML5, although no mention of flash was made. It’s truly exciting times for mobile device users. If you spend your day connected to customers, partners, and employees, you can see the value in these capabilities, with even more useful useful devices that really help you stay in touch and work on the go.